PREMIER LEAGUE PICKS: MATCHWEEK 21 –The next round of Premier League action gets underway this weekend. Let’s take a look at some of the key fixtures.

Leicester City are in desperate need of points at the moment, and that is why I think they will go all out in this game. They have scored 9 goals in 9 home games and they netted 2 against Brighton earlier this season.

Leicester’s defense is a bit shaky right now, and Brighton have been in excellent form. I think Leicester will lose this game, but with the support of their home crowd, I think they’ll manage to put at least 1 in the back of the net.

With a win this weekend, Brighton have a chance to break into the top 5, which is why I think they will give everything they’ve got to get a win against a struggling Leicester team. Leicester are also desperate for points, so they will make things interesting, but in the end it won’t be enough.

Newcastle statistically have the best defense in the Premier League. They have allowed the fewest goals in the Premier League so far this season, having only conceded 11 goals in 19 games. To make you feel even better about the bet, they haven’t conceded a single goal in 2023, and they’re facing a Crystal Palace team that ranks 12th in scoring, with only 18 goals in 19 matches.

Considering the fact that Newcastle have only one loss so far this season, I don’t think Crystal Palace has the squad to ruin their amazing run. They’ll find a way to score and with their stout defense, I don’t see them conceding. 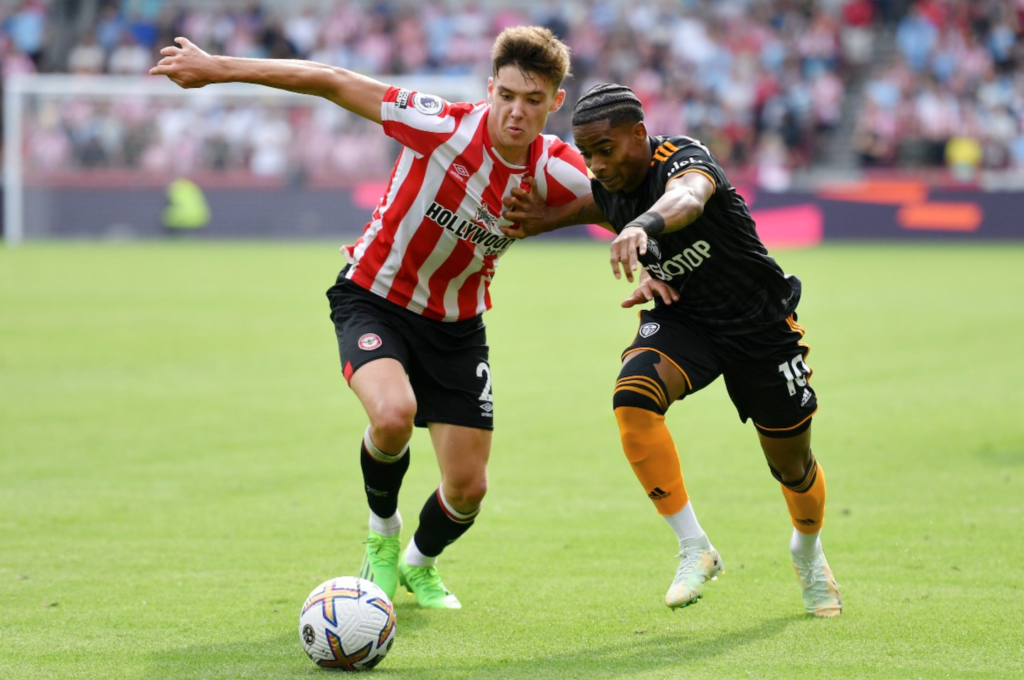 Ivan Toney is a scoring machine. He is currently the 3rd highest scorer in the Premier League and has 13 goals in 17 matches. He has recorded at least 1 goal per game in his previous 5 starts. Leeds rank 16th in goals allowed this season, so I like Toney’s chances in this one.

Leeds are in extremely poor form right now, but the last time Leeds went on a winless streak, they managed to win back-to-back games to break it. I don’t think they’ll break their current winless streak against Brentford, but I also don’t think Brentford will run away with this one. Leeds have only lost by more than 1 goal twice in their previous 12 Premier League games.

Yeahhhh, sure. You could bet on Haaland to score. But that would be too easy, and where’s the fun in that? It’s a little more risky, but there could be more value in betting on Jack Grealish to score. He’s in excellent form. He recently scored in the Manchester Derby, and the last time City faced off against the Wolves, Grealish got on the score sheet.

Wolves currently rank 10th in goals allowed this season, which isn’t too bad considering their record. Manchester City have won 5 games this season by 3 or more goals, but have seen the goals dry up a bit of late: they haven’t managed to deliver at that level in their last 10 Premier League games. I’m going with the bookies here and taking Wolves to cover the 2.5 spread. City by 2.

You could win some big money here. Or lose. But that’s what makes betting fun. Bruno Fernandes seems to have found his stride recently, and is doing very well at the moment. He has managed to find the back of the net in his last two Premier League starts. Manchester United will be without Casemiro, so this could be Bruno’s time to shine.

Manchester United managed to beat Arsenal pretty comfortably earlier this season, but Arsenal have recovered well from that loss and it remains their only loss this season.

If Casemiro were playing, my thought process on this game might be a little different. Without him, though, I don’t see Manchester United’s midfield being able to keep up with the young talent of Arsenal.

I’m backing Arsenal in this one, but I also don’t think you’d be crazy to bet on a draw, as in my opinion both teams would be happy splitting points here.

Aleksandar Mitrovic has had great success against this particular team. In his career vs. Tottenham, he’s managed to score 4 goals and assist 2 more, earning him the impressive distinction of being involved in more goals against them than any other opponent in the Premier League.

Both Fulham and Tottenham know how to put the ball in the back of the net, but they also both really like to concede goals as well. This should make for an interesting matchup. Both of these teams are statistically very even. I honestly don’t see Fulham getting a win here, but with the game being at Craven Cottage, I’m going with the draw (+275) and over 3.5 (+170).